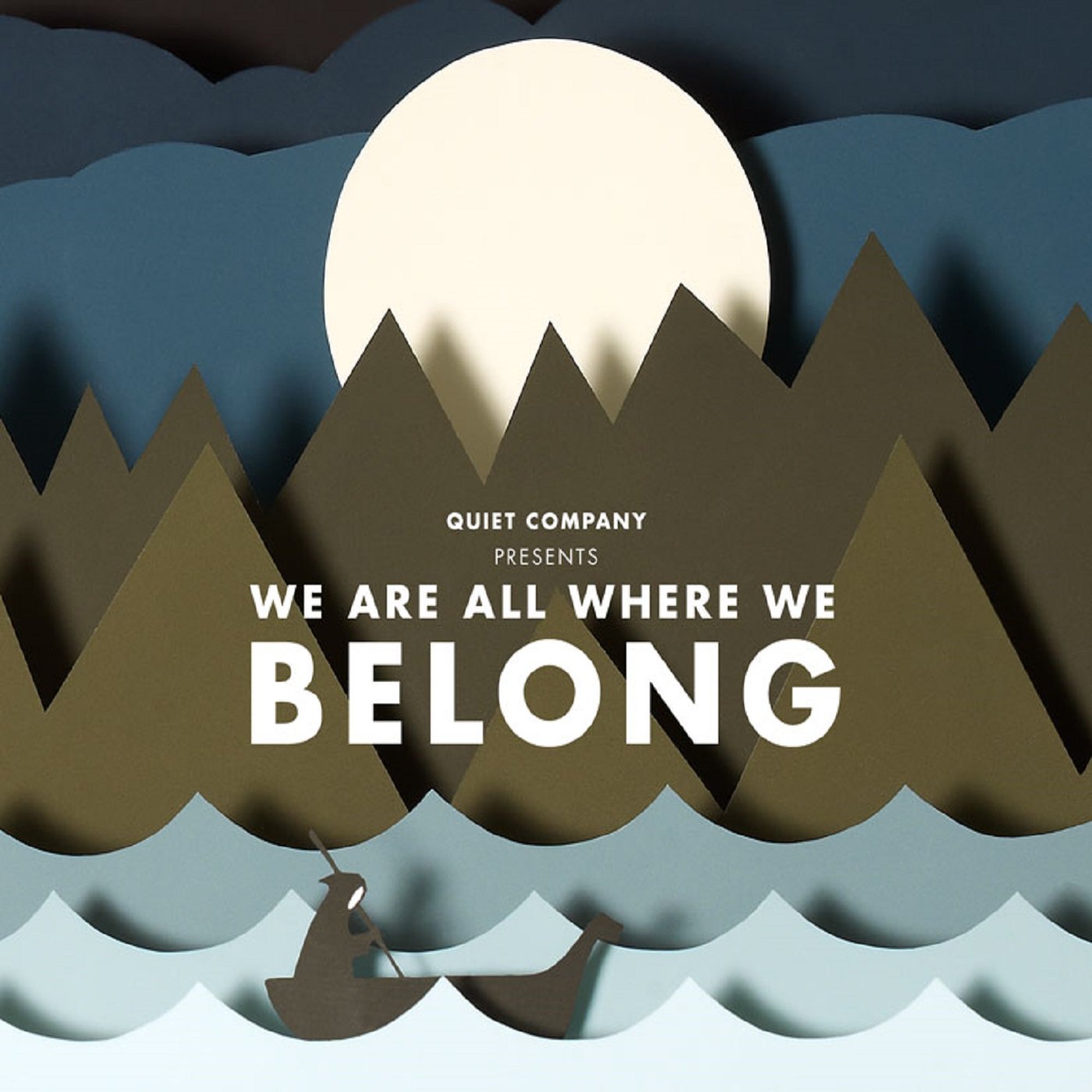 We Are All Where We Belong CD

"We Are All Where We Belong"—mixed by legendary engineer Tim Palmer (Pearl Jam, U2, The Cure)—chronicles the many different emotions that a person goes through in a break up: sadness, resentment, self-doubt, but ultimately hope and the indescribable joy and freedom that comes from the realization of making the right decision.
"It is easily the most personal thing I've ever written," Muse said. "It is, essentially, a break up record, only the romance that's ending was between myself and religion."

Musically, the album maintains the band's richly arranged, consistently catchy pop hooks and encompassing vocal harmonies but explores new territory with full orchestral arrangements and new sonic textures. Lyrically, the album is a departure from the former "Songs For Staying In" but the juxtaposition of heavier lyrical content and their trademarked upbeat sound makes for an engaging, above-the-cut musical experience.

Tracklisting:
1. The Confessor (You Could Exist Without It)
2. You, Me, & the Boatman (Truth Is, I’ve Been Thirsty My Whole Life)
3. Preaching to the Choir Invisible, Part I (What Do You Think Happens When We Die?)
4. Set Your Monster Free (My New Year’s Resolution Is to Cope With My Morality)
5. We Went to the Renaissance Fair (…All Our Friends Were There)
6. Fear & Fallacy Sitting In a Tree (You Were Doing Well Until Everyone Died)
7. Are You a Mirror (...Or a Window?)
8. Everything Louder Than Everything Else (Xanadu Clambake, Point Zion, Ri, Summer 2011)
9. The Black Sheep & the Shepherd (Look, I’m Just an Instrument, Okay?)
10. The Easy Confidence (What I Would Say to You Now)
11. Midnight At the Lazarus Pit (the Harlot and the Beast Are Dating!)
12. Preaching to the Choir Invisible, Part II (What Do You Think Happens When We Live?)
13. Never Tell Me the Odds (This Is the Worst Crazy Sect I’ve Ever Been In)
14. At Last! The Celestial Being Speaks (the Utterly Indifferent)
15. Perspective